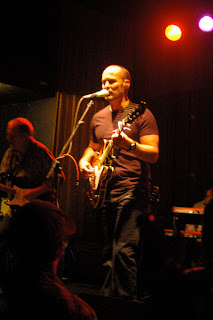 He is becoming another one of those Cleveland darlings, a regional artist from somewhere else who comes through town once a year or so, and solely by word of mouth each time the crowd gets a little bigger. Paul Thorn is becoming the latest in the long line of semi-unknowns who has gathered a solid fan base here in Northern Ohio, even though his music isn't played on the radio here (hear that 107.3!), and he lives 1200 miles away in Tupelo, Mississippi.
Last Thursday before a good crowd in the ballroom at the Beachland, Thorn and his band put on another well-received show, featuring Thorns blend of blues, rock, and small town humor and wisdom. He played crowd favorites including "Long Time from Tupelo," "I Have a Good Day (every now and then)," "Mood Ring," and his Elvis Presley tribute "Even Heroes Die." He has a new album coming out in June, and the songs from it also sounded good, including a tribute to Tequila ("there's no sure fire remedy when love tears you apart/but tequila is good for the heart"), and a song filled with things his mother told him titled "Enjoy the Journey that is Life."
Paul Thorn is a great songwriter, a solid performer, and an American musical original. His observations of the world around him are priceless. If there was any justice in the world, he'd be sitting on the top of the music industry. His show last Thursday was part old time revival, part roots music, part blues show, part old time rock and roll concert.
For more about Paul Thorn and his music visit www.paulthorn.com. As always, there are a lot of great shows coming up at the Beachland, including Fred Eaglesmith April 8; Drive-By Truckers on April 11; The Legendary Rhythm and Blues Revue featuring Tommy Castro on April 12; the Deadstring Brothers with California Speedbag on April 17; and Shelby Lynne on May 5. I'm really looking forward to the Shelby Lynne show; her last time around at the Beachland in support of her Dusty Springfield tribute album was one of the best Beachland shows ever.
Posted by Greg Cielec at 7:59 AM No comments: 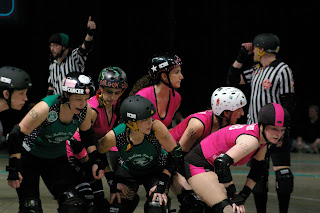 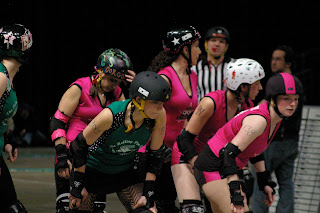 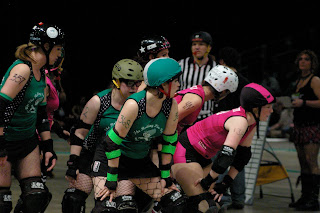 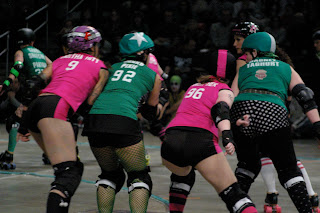 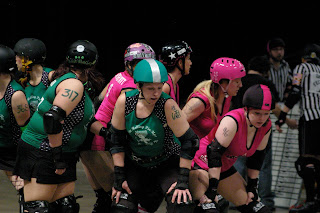 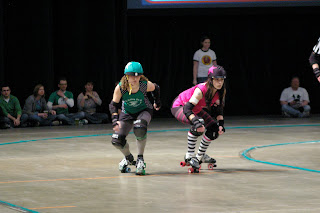 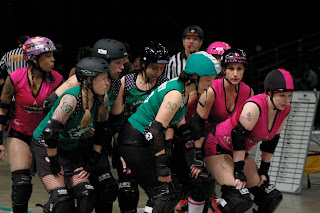 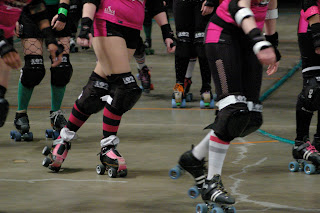 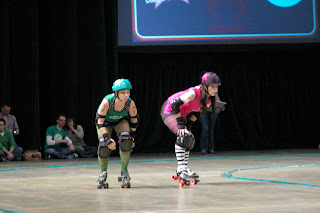 OK, I was a little skeptical about attending roller derby. I did spend a couple of days getting reacquainted with the sport, watching old clips of Joanie Weston on YouTube. But I have to admit I was pleasantly surprised by many things while seeing it live at the Wolstein Center at Cleveland State on March 13. The crowd of over three thousand was really into it, knowing the rules for the most part, and cheering for their favorite players. The girls themselves were more organized and athletic than I thought, and both bouts of the night were enjoyable to watch. There was a lot of action, and I think most people in attendance thought they got their money’s worth.
The Cleveland league is made up of four teams, with the best players on each team making up a traveling squad the Burning River Roller Girls who play in national tournaments. The local teams, the Hellbombers, the Rolling Pin-Ups, the Hard Knockers, and the Cleveland Steamers, play a round robin schedule with a championship bout set for June 10.
This is the fourth season for roller derby in Cleveland and it started with a bang, with a record setting crowd for the first of five nights of action at the their new home at Cleveland State. The next night of bouts is on Saturday, April 3. Visit www.burning riverrollergirls.com for more information.
Posted by Greg Cielec at 2:18 PM 1 comment: 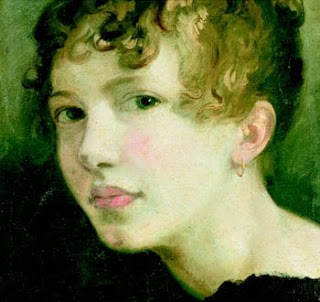 Poor Jane Austen, if she only knew how popular her stories would become and how fascinated book lovers would become of her life she might have written a few more of them. During her short life, she died of an unknown illness at forty one, Ms. Austin wrote a handful of gossipy novels set amongst the upper crust of English society in the early 1800’s. Almost two hundred years later they keep getting more popular, especially on stage and screen.
The Cleveland Play House is currently presenting a stage version of “Emma” now through March 21 in the Drury Theater. The Play House has had a string of good literary adaptations over the last few years, and “Emma” is as good as any of them. Native Californian Sarah Nealis stars in the title role, the witty, matchmaking lady who lives in a beautiful country house and takes care of her wealthy father. Patrick Clear steals several scenes, and has some of the best lines of the play, as her father. The rather large cast of sixteen players has characters coming and going, with some of the best moments provided by Lindsay Iuen as the self-centered Mrs. Elton. Director Peter Amster keeps everyone on task, especially through several dance scenes. Costume Designer Kristine Kearney does a great job with nineteenth century dress.
I see the Drury Theater filled with Austin fans the next few weeks, and I doubt any of them will be disappointed. It is a wonderful night of theater, whether an Austin fan or not.
The Cleveland Play House is nearing the end of its second last season in its Euclid Avenue complex. Still to come is “Bill W. and Dr. Bob,” a play about the founders of Alcoholics Anonymous, and FusionFest, their annual presentation of new works and collaborations in music, dance, and theater. Visit www.clevelandplayhouse.com for more information.
The Play House has also announced their schedule for next season, and will feature several literary adaptions including the Midwest stage premier of “The Kite Runner”; an all African American cast version of Horton Foote’s “The Trip to Bountiful”; and a dance musical biography of Ginger Rogers titled “Backwards in High Heels: the Ginger Musical.” Check their website for more information, or give them a call at 216.795.7000.
Posted by Greg Cielec at 10:56 AM No comments: