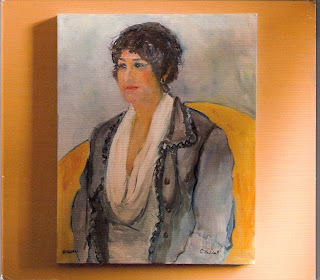 
Tom Wiggins is one of the people that keeps the music world rolling along here in Northern Ohio. He is mostly known as the head of the Recording Arts and Technology program at Tri-C, and host of the award winning cable show “Crooked River Groove.” Many do not know that Wiggins is also a fine musician and songwriter in his own right, and every so often puts out a quality release. His latest endeavor is “A Good Wife,” which he is releasing this fall on his own Chilidog Records. Although a different style than his last few releases, it is another very solid effort.
The CD features twelve tracks of stripped down music, with Wiggins’ soulful, raw and honest vocals, along with his observant song lyrics, carrying the load. Behind him are a bit of guitar and piano, along with some percussion and back ground vocals. The CD is filled with sincere ballads with titles like “A Good Wife,” “Everything Girl,” and “You and Me.” I love the piano behind both “She was in a Hurry” and “On a Perfect Sunday.” “Peace on Earth” and “The Freedom Train” are throwbacks to the folk rock of the 70’s.
Everyone putting out their own release should talk to Wiggins (or Colin Dussault for that matter) about product design and packaging. Yes, it really does matter. Everything about “A Good Wife,” from the music to the packaging is top shelf. The cover features a beautiful painting by artist Catherine Wall of Wiggins’ wife Georgia. Inside features a photo of Wiggins and Georgia as a young couple, probably in their early twenties. After seeing both graphics, you know that “A Good Wife” is, above all, is a labor of love. My only complaint of the album is the lyrics are posted on Wiggins’ website instead of in the package someplace. These are songs you’d like to sing along with from the first time you listen.
For more about Tommy Wiggins and his music, including some upcoming shows in support of his new release, visit www.tommywiggins.com.
Posted by Greg Cielec at 6:48 AM No comments:

I can really see why Alejandro Escovedo is having his day in the sun, finally getting some of the recognition he deserved a long time ago. He has an album that is selling and getting played on the radio, he’s signed on with Springsteen’s management company, and he’s even played the Letterman show. His moment has come because he writes good songs, he’s a solid play ahead live performer, and he appeals to the roots music crowd that is slowly getting bigger and bigger.
He is also becoming one of those Cleveland darlings, a semi-national act from another part of the country that has a loyal and growing audience here in northern Ohio. When I first got to the Beachland last Monday to check out a bit of the opening band, the place was half empty. But by the time Escovedo took the stage the room had filled almost to capacity, with the older, wiser crowd that supports bands like his, and Paul Thorn and Shelby Lynne and Raul Malo, when they hit town.
Last week’s show was better than last January’s show, and last January’s show was a good one. Although he is still touring in support of his “Street Songs of Love” release, his recent show delved more in into his past, and Escovedo seemed more at ease with the crowd. The highlights from the new album included “Down in the Bowery” and “Streetsongs,” the first one was introduced by a funny story about Escovedo and his 16 year old punk rock son. Among past favorites “Rosalie” and “Castanets” stood out, each again being introduced by some great story telling.
Alejandro Escovedo has been all over the musical map during his career. From his Mexican American childhood, to his days in the punk moment of the late 70’s, to his singer songwriting days and his band days with Rank and File, and he brings all of those experiences to what he is doing now. He is a roots rocker in every sense of the word, and they are not too many who have more roots than he does.
The highlight of the show was a guitar instrumental that he shared with his guitarist David Pulkingham “Fort Worth Blues,” that he dedicated to an old friend and collaborator Stephen Brudon who recently died of cancer. It was great stuff.
Hopefully Alejandro Escovedo will return again in nine or ten months and put on another great show. I think he’s to the point here in Northern Ohio that he will fill a venue like the Beachland almost anytime. For more about him and his music visit www.alejandroescovedo.com. As always, the Beachland has a lot of good things coming up, including Chuck Prophet on Wednesday, October 20; the Carl Palmer Band on Saturday, October 23; and Los Straightjackets on Saturday, October 30. Go to www.beachlandballroom.com for information on these shows and more.
Posted by Greg Cielec at 5:45 AM No comments:

October/November Concert Calendar
I spent some time looking at the October and November offerings at my favorite music venues and was surprised at how many shows caught my eye. This Sunday, October 10, Raul Malo is at the Kent Stage. He is a tremendous performer, and if you have a chance to see him this time around don’t pass it up. The Kent stage has a lot of great shows coming up, including Marc Cohn on October 12 and the Max Weinberg Big Band on November 4. Check out their colander at www.kentstage.org.
The Beachland Ballroom features the return of Alejandro Escovedo, still touring in support of his “Streetsongs of Love” release on Monday, October 11; singer/songwriter Chuck Prophet on Wednesday October 20 (I have never seen him but he comes highly recommended by music aficionado Mike Sokolowski); and Josh Ritter, in support of his new release “So Goes the World Away.” His last Beachland show was terrific. All three shows should be pretty solid. For the complete Beachland music calendar visit www.beachlandballroom.com.
The Trombone Shorty show originally scheduled for the Beachland has been moved to the House of Blues on Friday, November 12, with the Rebirth Brass Band added to the bill. Also at the House of Blues in November is the annual return of Southside Johnny and the Asbury Jukes on the 26th. Yes, it will be 1980 all over again and the crowd will love it. For all the good things going on at the House of Blues visit www.houseofblues.com/venues/clubvenues/Cleveland.
Over a nine day period the Winchester has three potentially great shows lined up. On Wednesday, October 27, former Byrd and founding member of the Flying Burrito Brothers (not to mention his time with the Southern, Hillman, Furay Band) Chris Hillman hits the stage. Here’s a chance to see up close a real legend of rock and roll, one often credited with being the founder of country rock. Two days later on Friday, October 29, one time Cleveland favorite Andy Pratt plays here for the first time in who knows when. Remember “Avenging Annie”? Then the following Friday, November 5, Mississippi based blues pianist/vocalist Eden Brent makes her Cleveland debut. I haven’t seen her yet, but the buzz about her is that she is very good. For more information about these shows and more visit www.thewinchester.net.
On Thursday, November 4, Los Lobos returns to Cleveland with a show at the Masonic Auditorium at 36th and Euclid. This should be a good show in an under used venue. The concert is being promoted by Visible Voices Books, the great Tremont bookstore/wine bar. For more information go to www.visiblevoicesbooks.com/events.
Nighttown didn’t have their November calendar posted yet, but three shows in October jumped out at me. On Saturday, October 16, the San Francisco Jazz Collective makes an appearance; on Wednesday, October 20, Cleveland Hts. native jazz drummer Neil Smith brings in his All Star Quartet; and on Monday, October 25, 8 string guitar virtuoso Charlie Hunter and his Trio perform. Visit www.nighttowncleveland.com for information on all of their shows.
Posted by Greg Cielec at 10:42 AM No comments: