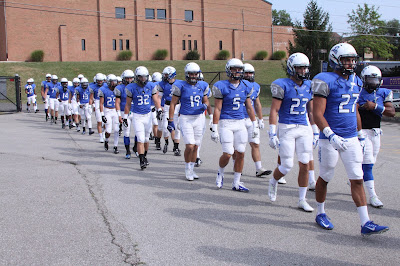 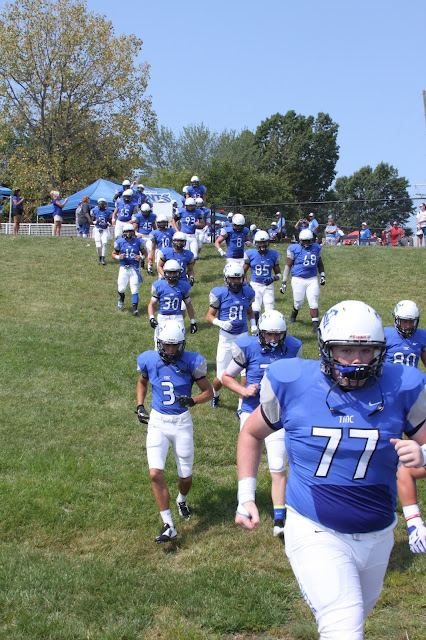 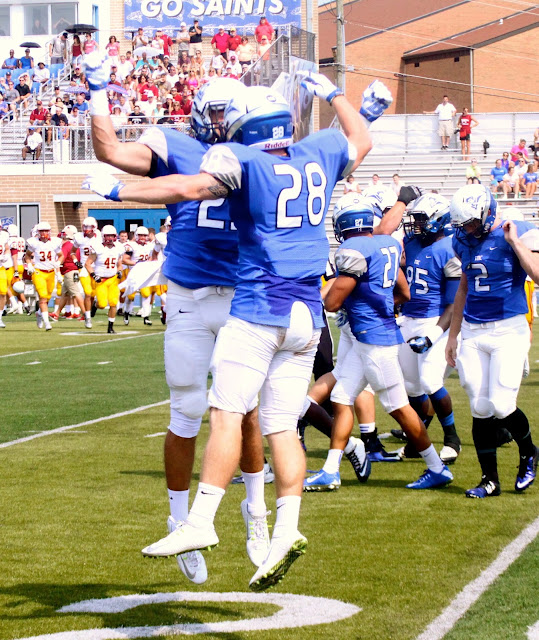 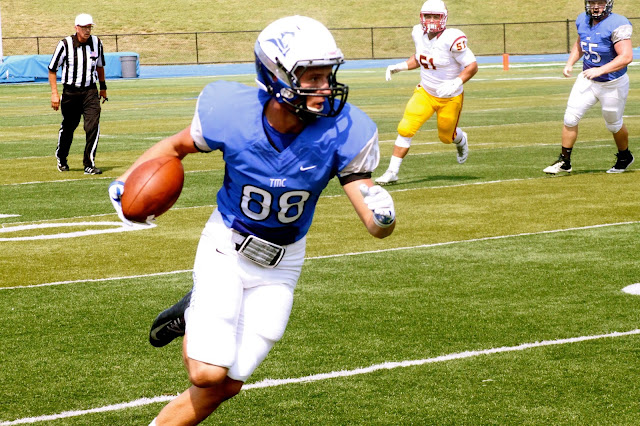 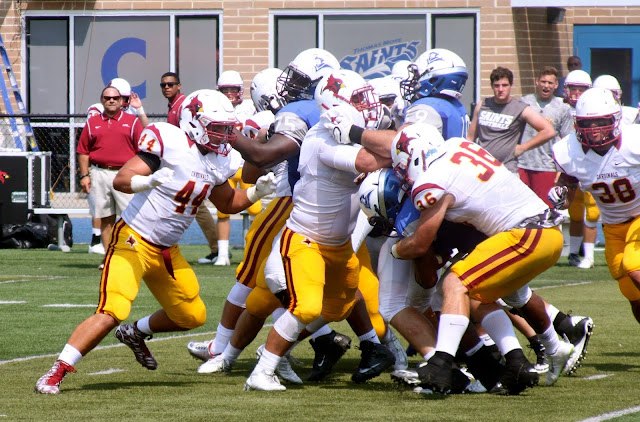 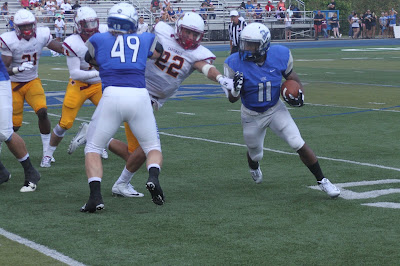 Posted by Greg Cielec at 5:09 PM No comments:

I’ve been very surprised at how many people have been emailing/texting/calling me about my current “adventure” I am experiencing here in Northern Kentucky. And since most of the contacts have been through texting, and I hate typing long messages into my home, I’d figure I’d send everyone an email and give you an update.
For those of you who don’t know, I am spending this school year at Thomas More College in Crestview Hills, Kentucky (suburban Cincinnati), as an assistant football coach and academic advisor for all athletes. How I got here is a long story, but in truth I got here because of two long time friends College President Dave Armstrong and Head Football Coach Regis Scafe. Dave and I go back many years ago running around Cleveland in our 20’s, and I coached with Regis for years at CWRU then at John Carroll. Both are outstanding friends and people.
The guys on the coaching staff are great, and I am adjusting to finally being one of the old guys.  Most of our coaches and interns are 30 or younger, and boy do they live in a different world than I do. The kids on the team are great too, and I have really enjoyed working with them on their writing and studying skills. I know what most of you are thinking, how could one of the worst college students in the history of mankind end up being a college academic advisor, and lets just say sometimes life throws you a few surprises. Plus my misadventures in college don’t really count anymore because it was the 70’s.
Our team is really good, and we are in a conference that does not have Mount Union in it! We are ranked in the Top 25 for DIII in two different national polls, and beat another Top 25 team St. John Fisher 48-0 two weeks ago. We did not expect to beat them that easily, and it lead the coaching staff to get a little over served later that night. Last Saturday we beat Hanover College 84-7; we played everyone who dressed and only threw one pass in the second half, on a third and 40 and we completed it!
I’m living in an extended stay hotel and it is not a bad way to go. I’m really not going to gone that long, I’ll be home for five weeks over Christmas break, and next semester without football games I’ll be home most weekends.
One of the reasons I came down here was my coaching career came to an unexpected end a few years ago and I wanted some closure to it. I wanted to coach at least one more year. Plus I was planning to keep a journal/diary of a season, maybe it would make a good book someday. I’ve been keeping notes so far and there are more than enough moments to be put into a book, like last Sunday when we took our JVs to play Wright State up in Dayton and we forgot to bring footballs, all the coaches were hung over, and WSU had a water main break on campus and the taste of their water was absolutely awful. And to top it off, we had two injury timeouts in the last quarter that lasted for 45 minutes and really made the end of the game drag in 90 degree heat. The glamorous side of college football!
I plan on occasionally sending out an email about how the season goes, let me know if you don’t want to receive them. If you want to come to a game call or email me and I’ll put you on the pass list.
Keep in touch.
Greg

p.s. For those of you in the Cleveland area please mark December 5 on your calendar. That is the tentative date for the book release party for “A Poem on a Bar Room Wall,” my latest literary effort. Hopefully there will be three or four other authors signing books; we will have live music from our friends in Cats on Holiday; and the whole extravaganza will take place at Sokolowski’s University Inn.  Should be fun and a great place to do your Christmas shopping.

Posted by Greg Cielec at 4:57 PM No comments: