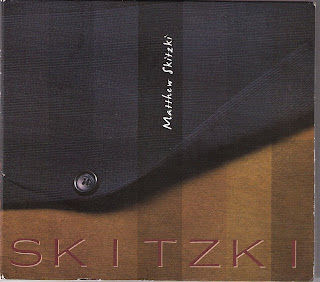 Pianist Matthew Skitzki’s self titled 2009 solo release features ragtime, 60’s jazz, several standards, and some very good originals. Amongst the highlights are his ragtime original “Gnarled River Rage”; a good interpretation of Thelonias Monk’s “Straight, No Chaser”; and solid versions of “Moonlight in Vermont” and “Love for Sale” backed with Roger Hines on bass and Elijah Vazquez on drums. Skitzki, who is a graduate student in music at Cleveland State, can be seen around town doing a variety of gigs, whether as a solo jazz pianist at a wedding to a recent recital of classical standards as part of his Masters program. He is a part of the Tower PressFest! Cleveland Summer Music Series, which takes place the first Friday of every summer month at Café Artefino in the Tower Press Building, 1900 Superior Ave. He will be performing from 6 p.m.-7p.m. on both May 7 and June 4. For more about Matthew Skitzki and his music visit www.MatthewSkitzki.com. For more about the Tower PressFest! visit www.TowerPress.com, and for more info on events at Café Artefino visit www.cafeartefino.com.
Posted by Greg Cielec at 5:08 AM No comments: 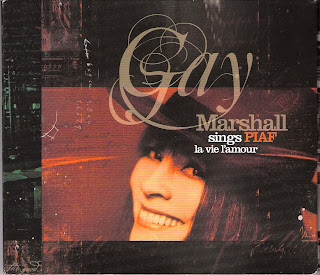 Gay Marshall is, amongst many things, a Cleveland original, even though she hasn't lived here for years. She is a much of a product of the arts scene in our city as anyone who has gone on to big things. She started taking acting classes at the Cleveland Playhouse when she was nine, went away to boarding school and college, then returned to start her singing career at various venues around town before leaving for Paris, where she lived for twenty years.

She has done Broadway, cabaret, the French production of "Cats," one-woman shows, and recordings including a cast recording of a revival of Jacques Brel is Alive and Well.

After discovering Edith Piaf years ago in a book while on vacation, after doing her music on stage on and off for years, late last year Marshall released "Gay Marshall Sings Piaf: La Vie L'Amour," and it is a wonderful piece of music. The disk includes nineteen Piaf standards, some in French, some in English, some switching back and forth between the two languages. Marshall is very talented; she doesn't have to try to sound like Piaf, her own voice and her phrasing ability get the job done. The band behind her is almost perfect for the material, with piano and accordions, a touch of violin and clarinet, and cello, bass and drums. The album has gotten great revues, and has spent time on Billboard's World Music Chart.

Gay Marshall will be in Cleveland on Friday, May 7, to record a live album of New Orleans style jazz and blues at Nighttown in Cleveland Heights. It should be a great night of music from a wonderful singer.
Posted by Greg Cielec at 9:01 PM No comments: 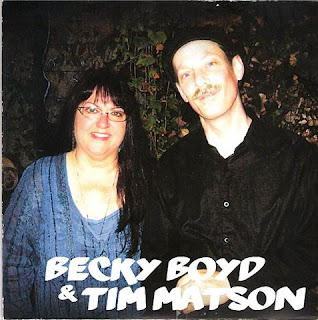 Amongst the surprises in a recent stack of new CD releases is a disk from two of the old pros of the local music scene, blues diva Becky Boyd and guitarist Tim Matson. Both of them go back a long way, and have played with a who’s who of local and national musicians over the years. Becky Boyd fronts the blues band Real Life, while Tim Matson goes back to the glory days of Mr. Stress’s Blues Band. The self-titled release features Boyd’s terrific vocals set against Matson’s tender acoustic blues guitar. It is a very entertaining disk with only one problem; it is too short with only seven tracks. Amongst the highlights are the Boyd original “Girls Night Out” (complete with a tribute to the Big Egg!); the Matson standard “Fridgedaire Man”; and a soulful acoustic version of the Motown classic “Baby I Need Your Lovin’.” The duo has been doing shows all over town in support of the CD, for a complete schedule check them out on MySpace at myspace.com/beckyboydtimmatson.
Posted by Greg Cielec at 5:54 AM No comments: