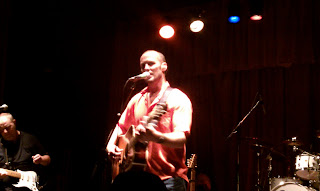 Last week I was a very happy music fan as two of my favorite touring acts played at the Beachland Ballroom. On Thursday blues diva Marcia Ball brought her band in, and on Saturday singer songwriter Paul Thorn did the same. Both are Beachland favorites, and both bands gave outstanding performances that were well received by the close to capacity crowds.
Marcia Ball has been stopping in Cleveland almost yearly for close to twenty years and has developed a loyal Northern Ohio following. She is truly one of the greats in today’s blues and roots music worlds. She is a very good singer and songwriter, and a great piano player. She is backed by a four piece band of solid music veterans, lead by her long time bass player Don Bennett. Over the last several years she has let her band share a bit more of the spotlight, especially guitar player Mike Schermer and saxophonist Thad Scott. Schermer is the writer of the song “Big Sister’s Radio,” which has been covered by several country and blues artists over the last few years.
Last Thursday’s show featured songs from all parts of Ball’s career, including some New Orleans favorites, songs from her last release “Peace, Love, and Bar B Que,” and a few new songs from an upcoming project. Amongst the highlights from the “Peace, Love and Bar B Que” CD were “Partytown,” a tribute to New Orleans; “Married Life,” about life on the road; the title tune; and the beautiful ballads “Fallin’ Back I Love with You” and “I Wish You Well.” The best new tune was a ballad dedicated to Ms. Ball’s father “This Use to be Paradise,” about what the Louisiana coast has gone through over the last few years, especially this past summer.
As always, I can’t wait until next summer when Marcia Ball and her band travel north from their Austin, Texas home once again. For more about her and her music visit www.marciaball.com.
Paul Thorn has only been traveling north from his Tupelo, Mississippi home to perform for several years but he too has a solid Cleveland following. Last Saturday’s show was his best Cleveland show yet, filled with great music and story telling. He played old favorites like “Mood Ring” and “I Have a Good Day (every now and then)”, and featured songs from his recent release “Pimps and Preachers,” including the title track, “Tequila is Good for the Heart,” and his dedication to his mother “That’s Life.” Paul and his band gave their A performance at the Beachland last Saturday, and the audience ate it up. For more information about Paul Thorn and his music visit www.paulthorn.com.
This was another great weekend of music at the Beachland, and, like always, they have a lot of great shows coming up, including The Breeders on September 2; Donna the Buffalo on September 8; and a benefit for the Roots of American Music program featuring Glass Harp on October 9. Check out the Beachland’s full calendar at www.beachlandballroom.com.
Photo by Rick Perk
Posted by Greg Cielec at 9:17 AM No comments: 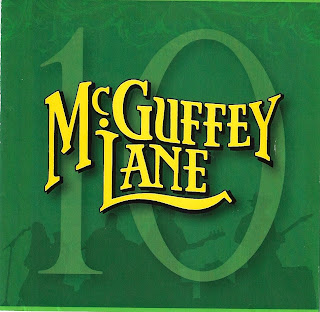 McGuffey Lane’s new CD “10” is the best thing they have recorded in a long time. Out of the ten songs that are on it, more than half of them would have fit nicely in either of their first two albums they made back in the early eighties. Although they have made several CD’s since they have reformed ten years ago, it wasn’t until original bass player Steve George Reis rejoined the band several years ago that the old McGuffey Lane sound really started to come back, both in concert and in recordings. With Reis on bass, that has allowed multi-talented Molly Pauken to play mandolin and other assorted string instruments. That has brought back that little touch of blue grass that has been a part of McGuffey Lane’s country rock sound.
The new CD has ten songs on it and amongst the highlights are “I Am Who I Am,” “It’s a Good Day,” and “Nobody But a Fool,” all penned and sung by lead guitarist John Schwab. The best cut on the album, from a sentimental point of view, is Reis’s great traveling tune “Song for the Road,” which the band has been doing in concert since back in the day but had never recorded before. Two songs that will be concert favorites off the disk are a duet between Schwab and Reis about refusing to grow old “I Ain’t Given’ in to Getting’ Old,” and “Bartender,” a vacation song which sounds like the sequel to “I’m in Jamaica,” which was on their 1984 album “Day by Day.”
McGuffey Lane will be traveling throughout Ohio and the Midwest in support of “10” through the fall. They headlined the Lorain International Festival this past June and hopefully will return to Northern Ohio soon. For more information on their shows visit www.mcguffeylane.com.
McGuffey Lane’s “10” is on Lick Records and distributed nationally by E1 Entertainment. You can pick it up at your favorite CD store, your local Wal Mart, as well as ordering it online at the band’s website.
Posted by Greg Cielec at 10:19 AM 1 comment: 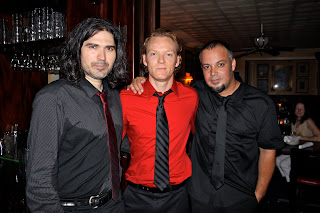 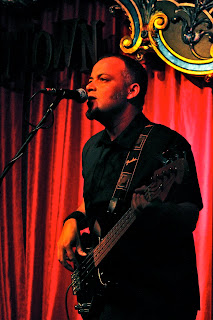 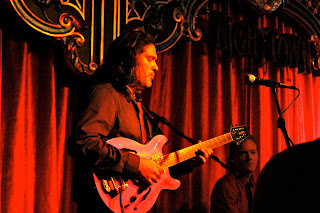 Attending a lot of shows in venues like the Beachland, the House of Blues, and Nighttown, I have seen many acts hailed as the “next big thing.” I also get a lot of emails from publicists and managers hailing their latest acts as “the next big thing.” And, yes, occasionally I have even hopped on a bandwagon or two. If you asked me today who I have seen recently who might be on their way to big things, the first thing that would pop in my head would be the Coryell, Auger, Sample Trio that played Nighttown last Sunday.
This was their second time through Nighttown and they were quite impressive. Playing original music they call “funky lounge rock,” these three talented musicians put on a terrific show. They are unique for several reasons, the first obviously because they are the sons of three of the legends of that wonderful time back in the seventies when jazz and rock actually collided for awhile. Second, this is currently a side project for all three of them, but it is taking up more of their time as their popularity is spreading.
Both Carmen Auger and Nick Sample are current members of Auger’s father Brian’s band the Oblivion Express. Julian Coryell is a studio musician in Los Angeles, who does a lot of time working in Japan. But when these three musicians get together wonderful things happen. Last Monday they played 15 selections that featured Coryell’s guitar work, Auger’s drumming, and Sample on bass. New this time around were several songs that also featured Coryell on vocals. They featured songs from their first album “Cooley Returns,” as well as songs from an upcoming release. Amongst the highlights were the new songs “Song for our Fathers,” and three that featured Coryell’s vocals: “Saint Bad,” “School Boy Crush,” and “My Funky Business.”
The Trio’s sound is a mix of seventies fusion rock/jazz, with a bit of power trio rock thrown in, topped off with a touch of both surf rock and lounge music. The musicianship is outstanding, their stage presence is very professional, and the song writing is top shelf. These guys are really good. Yes, they really could be the next big thing.
Auger and Sample will be back at Nighttown next month when Brian Auger’s Oblivion Express does their annual Nighttown shows on September 2 and 3. They will hook back up with Coryell sometime in the late fall for more Trio shows. They recently spent time in the recording studio with their fathers working on a projection that they will call Coryell Auger Sample Generations. A spring CD release is planned, and hopefully some shows with the Trio and their fathers next summer. For more info about the Coryell, Auger, Sample Trio visit their Facebook page at www.facebook.com/pages/CORYELL-AUGER-SAMPLE-TRIO/373282267852.
As always there are a lot of great shows coming up at Nighttown including Cleveland born NYC jazz guitarist Rick Stone on Sunday, August 22, the above-mentioned Brian Auger shows on Thursday and Friday September 2 & 3, and the Freddy Cole Quartet on Saturday, September 4. Check out Nighttown’s complete music schedule at www.nighttowncleveland.com.

Photos by Dave Hostetler
Posted by Greg Cielec at 11:13 AM No comments: