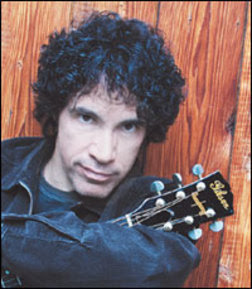 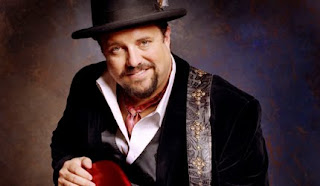 Now that summer is finally here, hopefully, music fans will be out and about to the various venues around Northern Ohio. Just because it is summer, please don’t ignore our smaller music clubs and venues. Many a time as you fight the traffic to get in and out of Blossom on your way to hear today’s “in” generic country band sound just like they do on their video and pay eight bucks for a beer, you could’ve seen someone a lot more talented, in a lot smaller venue, for a lot less money. The first half of summer alone has a great line up of national acts coming are way at various clubs including…
Nighttown has three great reasons for those who don’t like jazz to come to Cleveland’s best jazz club. This Friday Raul Malo, former lead singer of the Mavericks, will do a solo show. What an opportunity to see the best singer in the business in an intimate setting. On Wednesday, June 8, tango music comes to Nighttown with Argentina native Hector Del Curto, and on June 28 & 29 is the return of California rock legend J. D. Souther doing solo acoustic shows. I saw him the last time at Nighttown and he was terrific. If you are into singer/songwriters check one of his shows out. And, as always, there are also a lot of great jazz acts coming through Nighttown this summer, check out www.nighttowncleveland.com for more info.
Beachland will be rocking this summer also, starting with guitar legend David Bromberg this Friday. The man has played with everyone in rock and blues and folk over the last thirty years. On May 24 John Oates of Hall and Oates brings his solo band in; on June 9 blues guitarist Jimmy Thackery, co founder of the Nighthawks, brings his current band to the Beachland; and on June 21 Jimmie Dale Gilmore makes an appearance. For information on these shows and all the great stuff going on at the Beachland visit www.beachlandballroom.com.
The Winchester in Lakewood has a CD release party for the Rick Bay Band’s “Can’t Lie Hard Enough” on June 3; Blues guitarist Kelly Richey and her band make an appearance on June 10; and British rock icon Ian McLagen comes in on June 17. McLagen played in both the Faces and the Small Faces, and played keyboards on many of Rod Stewart’s early hits including “Maggie May.” For information on these shows and more visit www.thewinchester.net.
Down in Kent they will be getting into blue grass, country and the blues this summer with Sam Bush on June 3; the Nitty Gritty Dirt Band on June 4; and Cleveland favorites Southside Johnny and the Asbury Jukes headlining the Kent Blues Festival on July 23. For more info go to www.kentstage.com.
And let us not forget our friends downtown at the House of Blues with the legendary Robin Trower on June 2; jam rockers Grace Potter and the Nocturnals on June 4; and blues guitarist Jonny Lang on June 23. For more info on these shows and a whole lot more go to www.hob.com/cleveland.
Posted by Greg Cielec at 5:33 AM No comments: 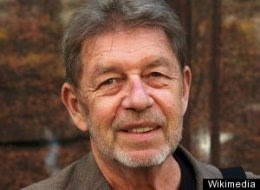 Last Tuesday journalist and novelist Pete Hamill was the last speaker for this year’s William N. Skirball Writers Center Stage series at Play House Square, and he did a great job of doing what you see him often do on various T.V. shows, entertaining the audience with stories from not only his life as a writer but his life growing up as one of seven children of Irish immigrants in his beloved New York City.
Whether it was coincidence or not, Hamill spent much of the evening talking about libraries, both the important place of libraries in the world today, and the affects of the libraries of his youth growing up poor and unable to afford his own books (the series is coordinated by the Cuyahoga County Library Foundation). He gave some interesting observations on the future of the print word in the digital age, he’s optimistic about journalism but not for newspapers; told the back story of his relationship with Bob Dylan that led to a Grammy Award for writing the liner notes for “Blood on the Tracks”; and, like a lot of journalists who have seen too many of them up close, sprinkled in some very serious anti-war comments.
Hamill is a natural speaker, and had, for the most part, the audience listening all the way. The best story was how his father met his mother. His dad had a wooden leg because of an accident, and his soon to be mother saw him sitting by himself at a dance. She walked up to him and asked him to dance, he turned and showed her his artificial leg and replied, “I can’t.” She smiled and replied, “Either can I,” and, as Hamill put it, grabbed his hand and danced into his life.
The 2011/2012 writers series was announced at the end of the show and will include Michael Pollan and Annie Lamott. For more information go to www.writerscenterstage.com.
Photo by Google
Posted by Greg Cielec at 7:07 AM No comments: