Legacy of Light at the Drury Theater at the Cleveland Play House, running now through May 1

This is suppose to be a review of Legacy of Light, this year’s featured production in Fusion Fest, the Cleveland Play House’s annual spring festival of new and collaborated works. In short, I really enjoyed Legacy of Light and I think you would to. I highly recommend seeing it.
Now what I really want to write about. Legacy of Light is the last production I will see at the Play House’s theaters located near the Cleveland Clinic between Euclid and Carnegie. I have been luckier than most middle class jocks from the other side of town, and have probably seen over the years more than a sixty productions there. I was first dragged there as a boy by some parents who wanted to make sure their kids grew up with a touch of culture in their otherwise typical middle class suburban lives. I attended a couple of field trips as a student at a high school who had English teachers who thought students needed to see live theater. But I really hit stride when I became one of those teachers, and spent some of the happiest days of a thirty year teaching career taking students to the matinees that both the Play House and the Great Lakes Theater Festival have offered. And as icing on the cake, I have been reviewing plays for the last five or six years, and when it didn’t conflict with my coaching calendar, attending media nights for almost every Play House production over the that time. And I have loved all of it, especially being a teacher taking so many students who otherwise would have never seen a professional play to a real live theater.
I have such mixed emotions about the Play House’s move downtown. I know it is the right thing, and for me it is the right thing for two reasons. The first is the cost and upkeep of their current facility is becoming too expensive. The second is the opportunities that will present themselves downtown, especially in their collaboration with Cleveland State. Good things are happening at CSU, and their plans with the Play House, if they pan out, could be wonderful for the school, the theater, and all of Northern Ohio.
With all positive changes come many good things and a few not so good. I worry about the bartenders, and parking lot attendants, and other support personnel who will probably not go downtown with the theater. I worry about the older patrons who have enjoyed being dropped off at the door and parking near by. I hope their will be some sort of special valet service for them at the Allen Theater. I’ve really enjoyed going to Stages before the show for a drink or two and some appetizers. What’s going to happen to everyone who works there? How many will lose their jobs?
I hope the Play House keeps offering great programs to the schools and students of the area. I hope they find a way to keep up their Christmas tree decoration tradition. I hope they soon revive The Christmas Story, I’ve seen it each year they produced and have never grown tired of what has become Cleveland’s Christmas story. I know there are a lot of great places to go before and after a show in the Play House Square area, but I hope they find a way to have their own place inside the theater similar to Stages.
And I wonder, with the move downtown, will this be the catalyst for the Play House and the Great Lakes Theater Festival to finely become one? I know they have explored it in the past and decided against it, but in these current economic times that don’t look to be getting much better, and now being in the same neighborhood across the street from each other, will it finally happen? This might be the time to be collaborating rather than competitive. With their new proximity, why pay for two administrative staffs? Why try to hustle money from the same people and foundations? Why pay for two advertising budgets? There are a lot of egos involved in our theater world, would those egos let something like that to happen?
Posted by Greg Cielec at 6:12 AM No comments:

What: A Benefit to Raise Funds to Publish a Book of Poetry Written by the Men of the 2100 Lakeside Men’s Homeless Center
When: Saturday Night, April 30, 8:00 p.m.
Where: The Harp, 4409 Detroit Avenue, Cleveland
Cost: $20 in advance, $25 at the door, includes live music by Cats on Holiday, an appetizer buffet furnished by the Harp, a chance at some pretty cool door prizes

It has been awhile since we have thrown together a charity event. The last few we have been done have been quite successful and also a lot of fun, whether raising money for a friend going through a scary cancer treatment; starting an education fund for a young boy whose father unexpectedly died; or to furnish a rec room at a non profit adult center.
All of the above we I was aided by a whole bunch of friends and family, including my friend Nikki Krejci and Denis Devito, and Dennis’s band Cats on Holiday. We did a few events at the old 2527 Club, and the last one we did at the Harp on Detroit on the near West Side. When Nikki approached us about the latest cause she needed some funding for, we know we had to get involved.
Nikki works for Lutheran Metropolitan Ministries, which does a lot of non denominational charity work around Greater Cleveland. Amongst their projects is the 2100 Lakeside Emergency Men’s Shelter, which has over 260 beds that are all filled every night with men with nowhere else to go. Over the past year some of the men have started to take poetry writing classes, and some of the finished products out of the classes are pretty good. Good enough to do something with…
So that leads us to the event on April 30 at the Harp described on the flyer attached to this email. We are going to throw another gala event at the Harp with all the proceeds going to publish a book of poetry by the men of the 2100 Emergency Shelter. To do it right, we will probably need to raise some where between $3,000-$4,000, and we hope you will be a part of it.
Saturday, April 30, is going to be a beautiful early spring evening; it will be nice enough to even have some cocktails on the patio at the Harp. Cats on Holiday will once again do a stellar job, the Harp will again put out a great buffet of appetizers and finger food, and the joint will be filled with the some of the usual colorful friends and family members, as well a knucklehead or two, and hopefully some new friends.
We have gotten pretty high tech in our endeavors, and that includes being able to sign up for this event before hand on the internet. Go to www.lutheranmetro.org/Shelter-Housing/ to sign you and your friends up for this gala event. Another cool thing about this event is everyone who attends, or pledges at least $20 towards the project, will get his or her name listed in the book as a patron. How cool is that, your name in print. For those of you who live out of town or can’t make it that night, you will still get your name in print by donating online.
Plans for the future include having two book store signings this summer after the book is finished, one at Mac’s on Coventry and the other at Visible Voices Books in Tremont. More info on those events will be sent to you in June.
Please pass this flyer on!
Posted by Greg Cielec at 6:22 AM No comments: 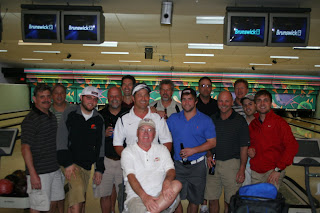 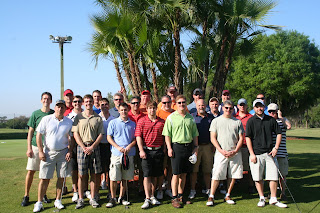 More photos to come...
Posted by Greg Cielec at 5:08 PM No comments: