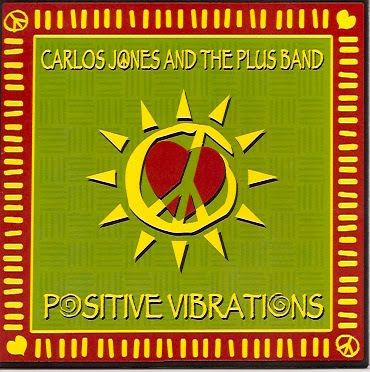 We are in the middle of the best spring in years, and that means summer isn’t too far away. And one of the best things about summer here in Northern Ohio is seeing Carlos Jones and the Plus Band play somewhere. Whether it’s an afternoon at Whiskey Island or a street festival Jones and his band will have the audience up and dancing and moving to what he calls his brand of American Reggae.
He has been doing this for thirty years, and hopefully he will keep doing it for another thirty.
Late last year Jones and his band released a four song disk titled “Positive Vibrations”. The only negative about the disk is that it is too short, with only four cuts, all of them very good. Jones is right in calling his music American reggae, because it not only contains elements of traditional reggae but almost every genre of American roots music, including but not limited to funk, Motown, jazz, and calypso. Amongst the tracks are a cover of Bob Marley’s “Mellow Mood,” and a Jones original “Apartment Living.” The songs all feature Jones’ signature sound of percussion and guitars, with two of the tracks having a horn section that really jumps. Jones vocals remind me a lot of New York artist Garland Jeffries, who put out a great album last year "King of the In Between", which featured the single "Roller Coast Town." This disk is just as good.
Next time you see the plus Band perform pick up a copy of "Positive Vibration" so you can take a little bit of them home with you.
Posted by Greg Cielec at 8:23 AM No comments: