Since they have returned, there have been so many Browns Sundays that ended the same way for me. Walking amongst throngs of quiet fans, heads turned down, across the West Third Street Bridge, having to endure pockets of celebrating fans in Steelers or Ravens or Bengals uniforms.
Not this past Sunday. Beneath a brilliant blue cloudless sky, in a First Energy Stadium filled with electricity, the Cleveland Browns played like what was once the Cleveland Browns as they dismantled a hapless Steelers team 31-10. 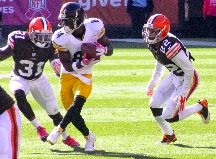 It was the story of two teams passing in the night, each going in a different direction. The youthful Browns looked quicker, stronger, and more talented than the aging Steelers. Did Troy Palumolo make a play yesterday? Where was James Harrison? How many more seasons does Big Ben have left? 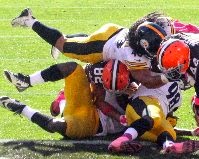 I know it is just one game, but going back to the second half of the season opener in Pittsburgh, it has been six quarters in a row the Browns have dominated the Steelers. The Steelers had no answer to the Browns running game, play action passes, and relentless defense. Not to keep picking on them, but the Steelers have had the reputation of being great with the draft, constantly reloading their team. I don’t see it. They do have some bright young stars at running back, and Antonio Brown is a player, but over all, especially on the offensive line and the defense, there are plenty of holes on this team. Its time for them to rebuild, not reload. 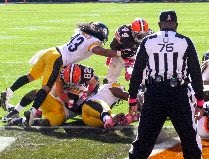 But that’s their problem, not ours. Our Browns right now are playing very well. Yes, every so often the ugly head of a team that has had four coaches in five years surfaces. And there still a lot of inexperience on both sides of the ball, but this could be the beginning of a very good run for the team and the fans. This is a talented young team that finally has found the right coaching staff and general manager. Making the playoffs this year is a realistic goal, and who knows where they could go with one more strong draft and a key free agent signing or two.
My notebook from the game is filled with superlatives: “great play,” “nice drive,” “terrific play action,” “depth!” “Hoyer’s block,” “good coverage.” 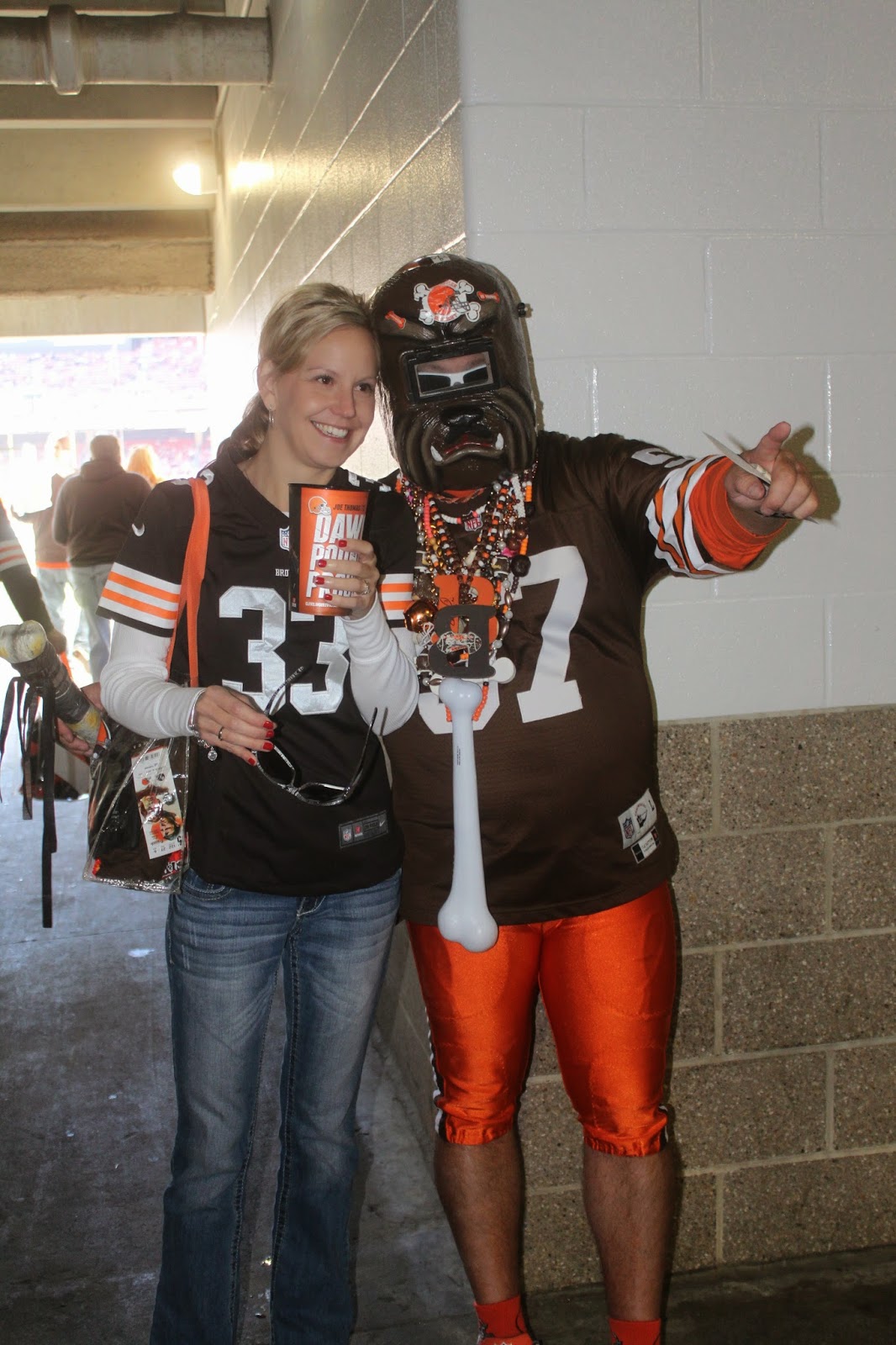 Everyone is talking about the second quarter when the Browns exploded for 21 unanswered points, but two events in third quarter are also noteworthy. Early in the quarter on one of many terrific play action pass plays, Brian Hoyer hit Travis Benjamin with what could be considered Hoyer’s best downfield pass of the year. Benjamin did not have to stop or stutter to catch the ball; it was right on the money. Hoyer needs to show he can go long. The other event started at the Pittsburgh six-yard line, and ended with an incomplete pass on fourth down in the Browns end zone after a thirteen-play drive. The Steelers had their chance to score and get back in the game and the Browns wouldn’t let them.
The 3-2 Browns find themselves in uncharted territory, a three game stretch against teams they should beat. How will they handle it? Will they give one of them away? 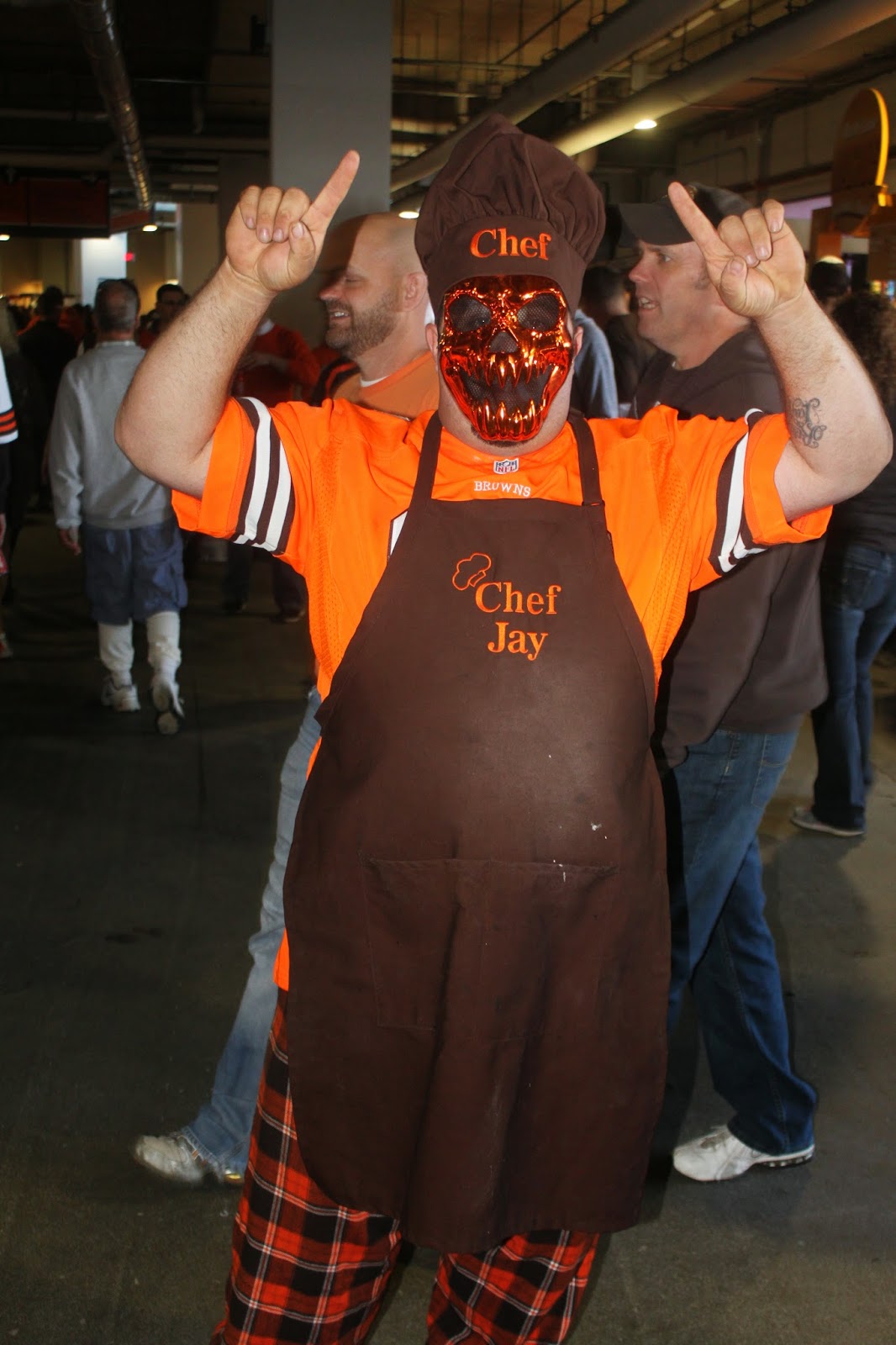 There are also games left against teams similar to the Browns, teams like Atlanta, Carolina, Houston, and the Bills who are trying to make the same statement as the Browns. Then there are the games with proven playoff teams who are considered amongst the elite in the league, including the Colts, Ravens, and two against the Bengals. Being 3-2 is nice, but the road to the playoffs is still filled with challenges.
But let us worry about the future when it gets here and enjoy the moment at hand. No matter what happens the rest of the season, the Browns are no longer the doormat of the AFC North. And, at least for now, the hold that the team two hours east on the Turnpike has held over the Browns, is now history. From my seats in the second row of the Dawg Pound, it was the first time I remember in a long time what it felt like in the old stadium in the late 80’s during the Kosar era.
We had a great time both before and after the game checking at the Horseshoe Casino, which I predict when the weather finally turns, will be one of the most popular game day spots in town.  To go along with all that is already there, they have opened TAG Lounge and Bar, a sports bar on the second floor. With beer and drink specials, and all the games being shown on large flat screens, TAGS is a great place to hang out before and after Browns games. Both before and after the Steelers game the casino was filled with Browns fans having a good time. 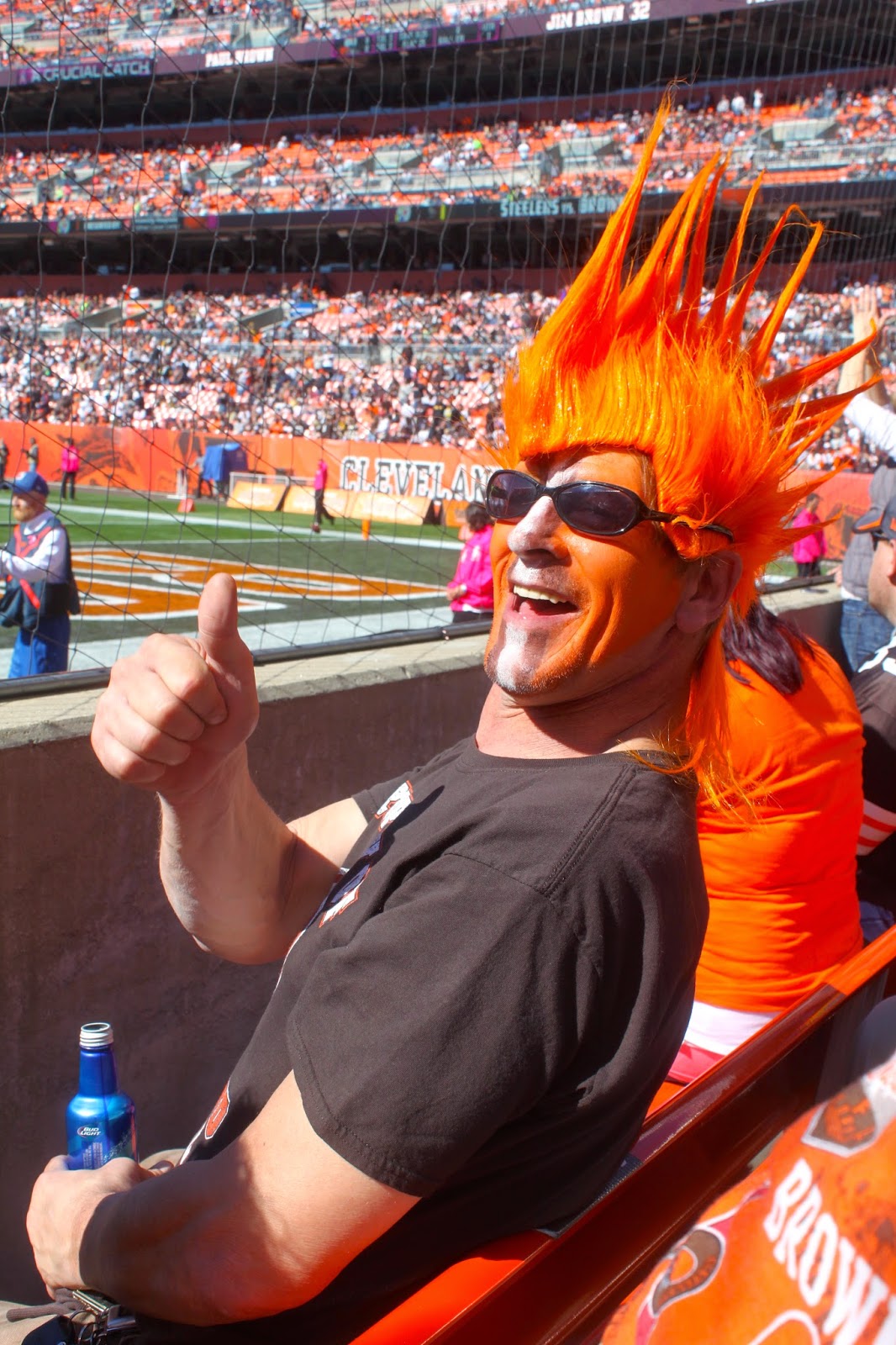 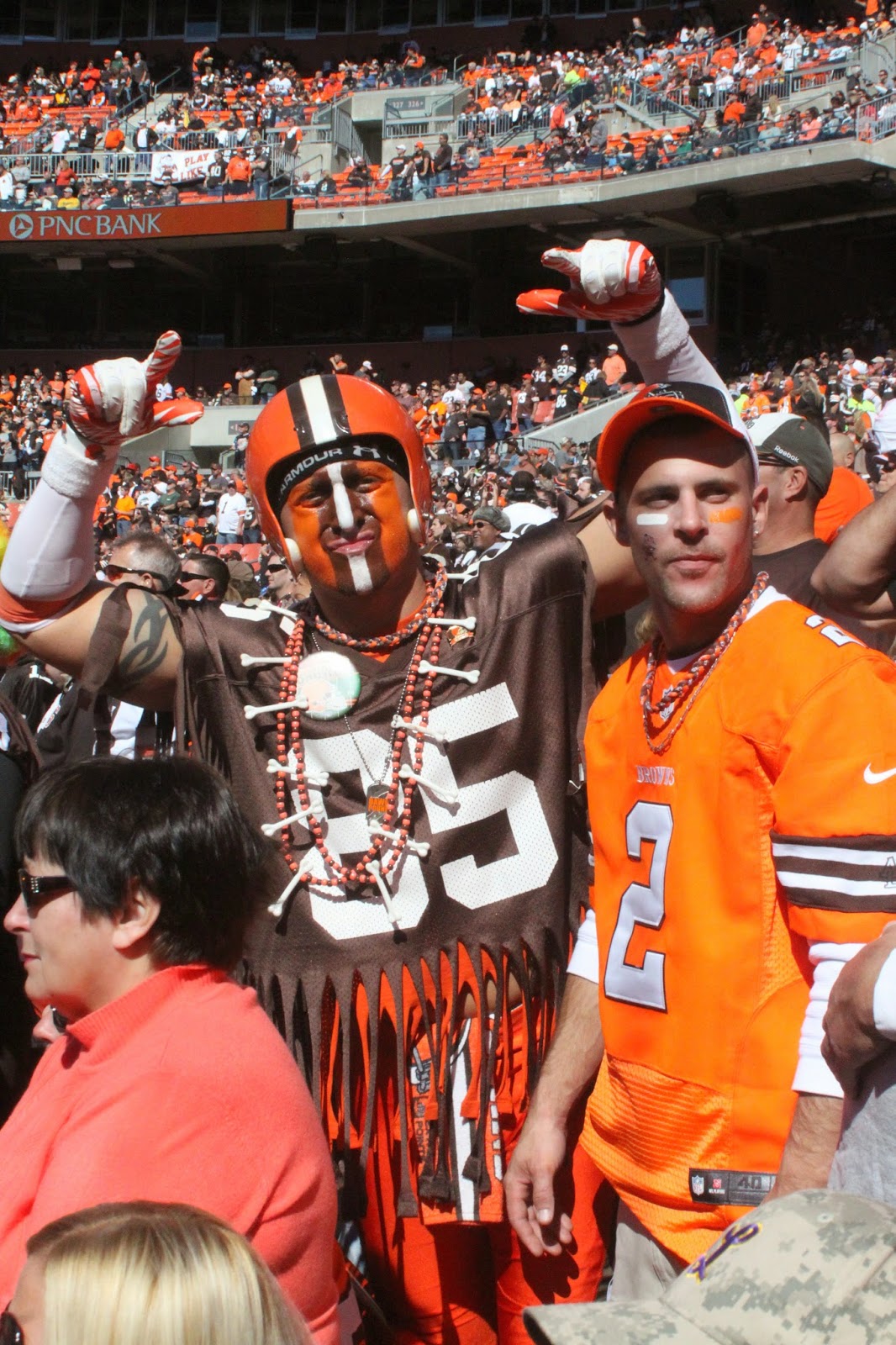 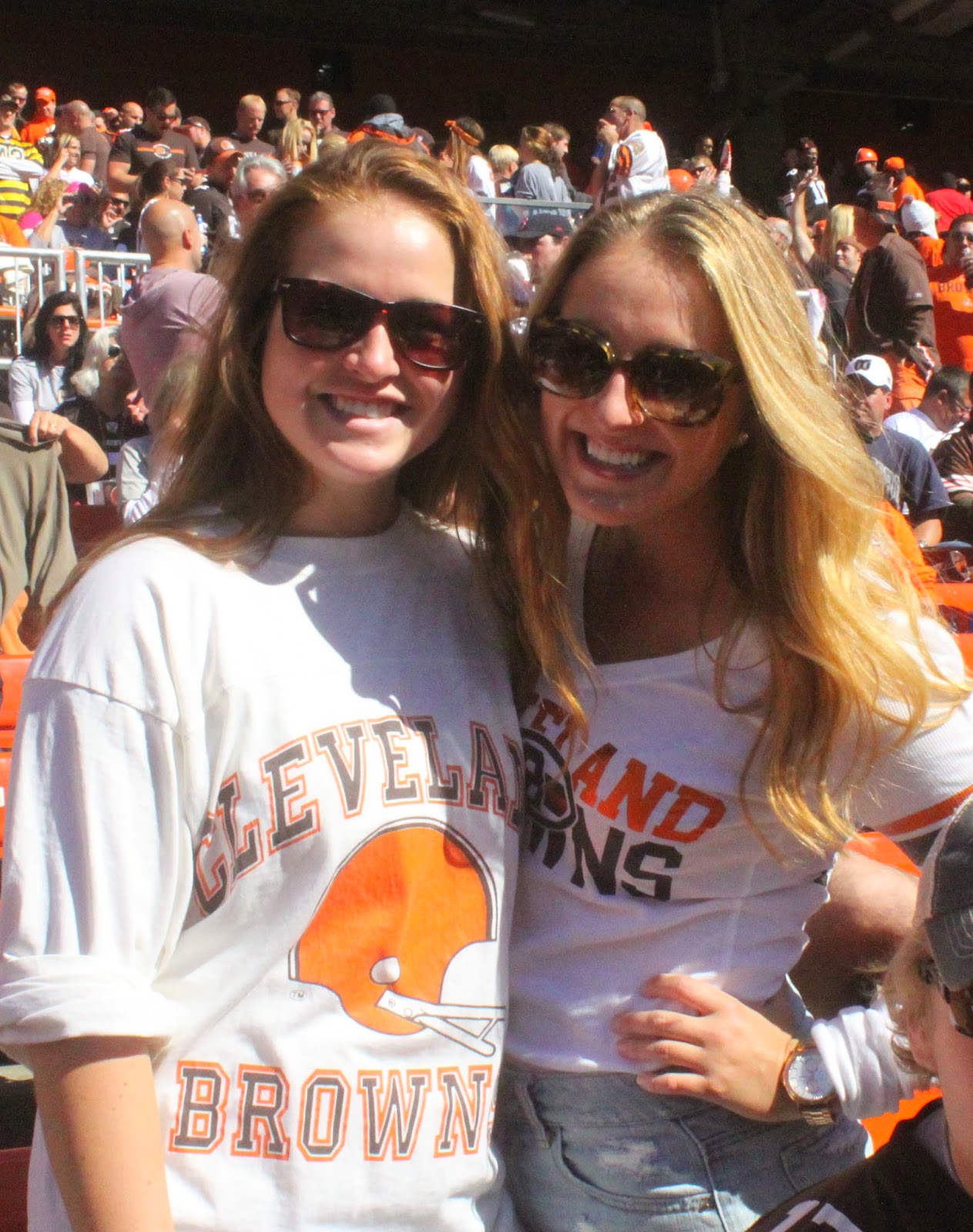 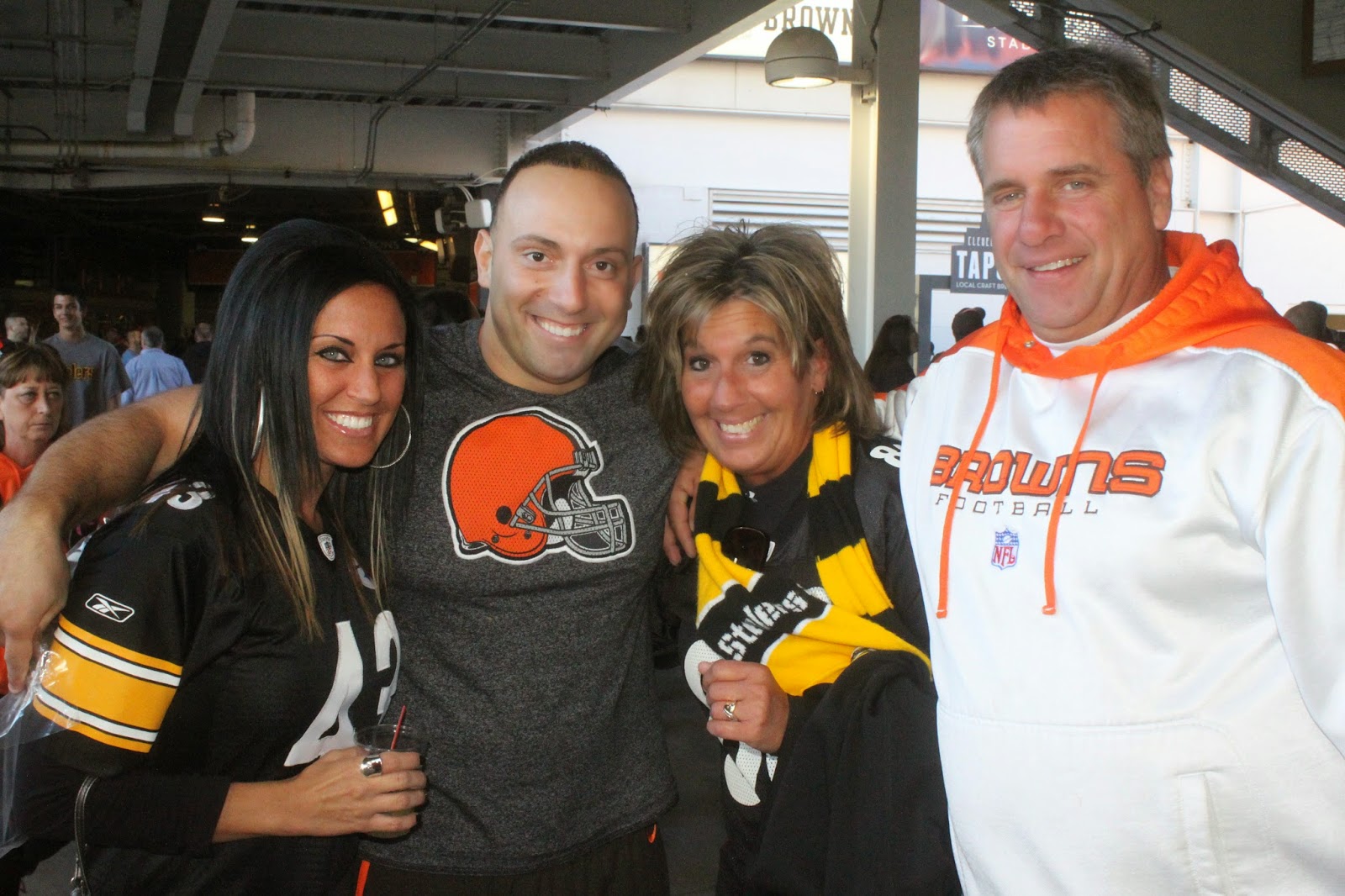 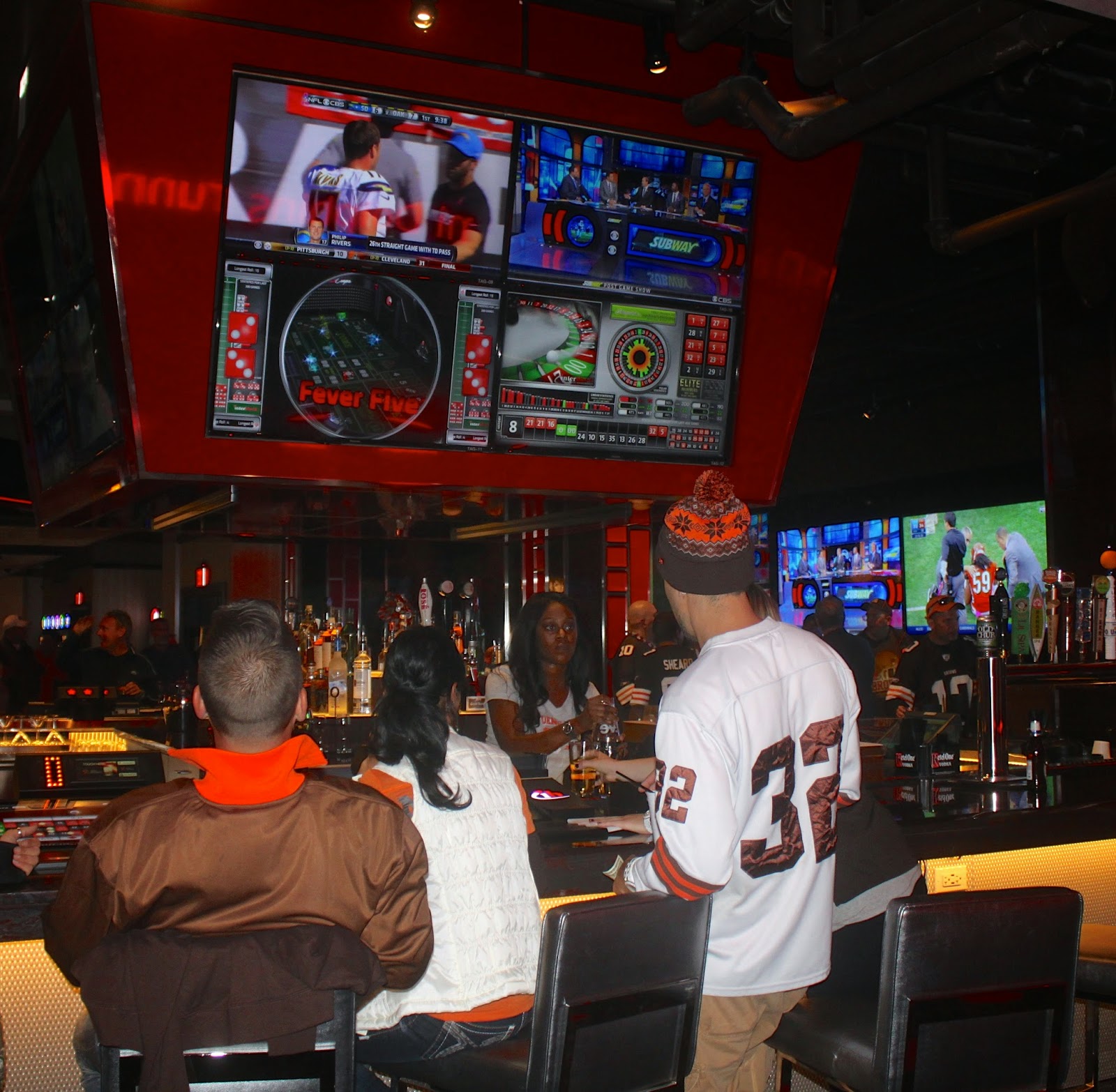